Home » Blog » Can Menopause Cause Alcoholism? A Closer Look at Women and Alcohol

Can Menopause Cause Alcoholism? A Closer Look at Women and Alcohol

Menopause: Universally experienced by women, but not often discussed in the mainstream. It marks the end of a woman’s menstruation, and it can have a host of biological and neurological side effects. Little known among these is a greater susceptibility to alcohol misuse, and negative health effects from alcohol.

“We have several women in our program now who became addicted to alcohol just before or just after menopause,” says Sara Miller, a Ria Health recovery coach. And this can be confusing. A lot of people assume alcoholism, or alcohol use disorder (AUD), arises earlier in life—and it usually does. Some studies have indicated that AUD is genetic, while other studies have shown that people who start drinking at a young age are more likely to develop the disorder.

But not everyone with AUD fits into these categories—including some menopausal women who have suddenly found themselves turning to alcohol.

The most likely culprit: depression.

Most researchers who’ve studied this topic point to a higher risk of depression in menopausal women, as depression and AUD often go hand in hand. A 2010 review of research found that the risk of depression is especially high for women in perimenopause, or the several years before the ovaries stop releasing eggs.

Why do women in and approaching menopause get depressed? There are a few theories:

“A lot of menopausal women with depression aren’t treated for it because it’s confusing,” says Miller. “‘Why am I depressed in my fifties when I wasn’t depressed before?’ they ask themselves.” But, as we discussed in another post on anxiety, it’s important to treat both the alcohol misuse and the mood disorder in order to have a better chance of improving either one.

Older Women’s Drinking Is on the Rise

One 2017 study found that binge drinking rates remained stable for men 60 years and older between 1997 and 2014. But women 60 years and older binge drank at steadily higher rates over that same time period; their rates increased by an average of 3.7 percent each year. Researchers are keeping a closer eye on these numbers as the U.S. population continues to age.

Why Is Menopause and Alcohol a Serious Public Health Issue?

An increase in women’s rates of alcohol consumption has much more serious consequences, as women drinkers are much more susceptible than men to long-term negative effects from alcohol.

If you take a woman and a man that are the same weight and give them the same amount of alcohol over the same period of time, the woman will have a higher blood alcohol level. That’s because women and men metabolize alcohol differently. This biological difference contributes to women’s higher susceptibility to alcohol-attributable liver disease, heart disease, and brain damage. Even when women drink less alcohol less often, they are more likely to get sick.

This gender difference becomes more pronounced with age. Especially in women, an amount of alcohol that may have little effect when you’re younger—say, one or two drinks—can make you feel drunk after menopause. That makes postmenopausal women even more susceptible to alcohol-related problems than men or premenopausal women.

All of the above makes it that much more important for menopausal women with alcohol addiction to seek help. And with advances in science, medicine, and technology, getting help for alcohol dependence is more convenient and more effective than ever before.

Have you or a loved one found yourself starting to drink more just before or after menopause? As always, we’re here to help. 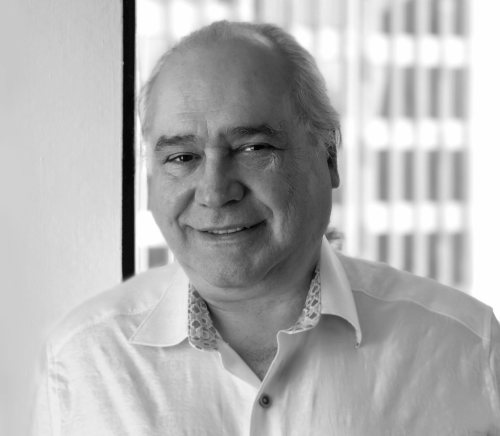 Dr. John Mendelson
Dr. John Mendelson is a Board Certified Internist with over 30 years of research and practice in the field of addiction treatment. In addition to being Ria Health’s Founder and Chief Medical Officer, he currently serves as Clinical Professor of Medicine at University of California, San Francisco (UCSF), and maintains a private practice of his own.
Reviewed By:

Evan O'Donnell
Evan O’Donnell is an NYC-based content strategist with four years’ experience writing and editing in the recovery space. He has conducted research in sound, cognition, and community building, has a background in independent music marketing, and continues to work as a composer. Evan is a deep believer in fact-based, empathic communication—within business, arts, academia, or any space where words drive action or change lives.
PrevPrevious9 Alternatives to AA: How Modern Science Can Help You Drink Less
Next“Why Do I Feel So Much Freer?”: Joseph’s Journey with Ria HealthNext