Home » Blog » “I No Longer Feel Addicted” to Alcohol: People Tell Us About Naltrexone

“I No Longer Feel Addicted” to Alcohol: People Tell Us About Naltrexone

Naltrexone is a safe, effective medication that has been shown to significantly reduce heavy drinking. But how does naltrexone change one’s relationship to alcohol, and to life? To answer these questions, we asked Reddit users to tell us about their experiences. Over a dozen people responded. Some had been taking the medication for as little as eight days, others as long as two-and-a-half years. Here are some of their answers, lightly edited for clarity.

How Has Your Drinking Changed, Before and After Naltrexone?

Before taking naltrexone per the Sinclair Method, I was drinking 300-400 drinks per month. Now, I drink about 12.

I used to drink pretty much 360+ days of the year. Now I’m probably drinking around 5-10 days per month on average.

Drinking every night used to be the norm for over 30 years. Now, I drink about six nights a month or month and a half, one to three drinks per night. Most nights I don’t drink at all.

How Has Naltrexone Changed Your Relationship to Alcohol?

My relationship with alcohol now is very much like it was before I got addicted to it. I don’t crave alcohol. I only think about it when prompted. I’m really just not interested in drinking, even when alcohol’s readily available, and I’m certainly not going out of my way to drink.

I describe the initial phase of using naltrexone as “alcoholism lite.” I still had a lot of the same tendencies that I used to have (using it as stress relief, taking the edge off of a social gathering, etc.) but it just turned the volume down from what was an 11 to a much more manageable 3. I frequently open a beer and put it back away before or after getting halfway through it. I don’t think I did that a single time prior to doing the Sinclair Method. Compared to my previous rates of drinking, I’ve not had a single week where I drank literally half as much as my previous weekly average.

Before, alcohol was in charge of me. Now, I’m fully in control, and I drink when and how much I wish. Naltrexone has given me an “off” switch.

I no longer obsess, worry, hide, sneak. I no longer feel addicted. I went from drinking at least a bottle of wine plus a few shots of vodka five or six nights a week, to drinking three glasses of wine two days a week. I feel free. I have many days where drinking sounds awful. It is a miracle!

What’s Something You Did Before That You Don’t Anymore?

I was a binge drinker. Once I started drinking I wasn’t really in control over how much I would drink. I’d plan to stop at four shots maximum, but have at least eight and end up vomiting, then passing out. I’d also often have a drink first thing in the morning before going to work, and then I’d have a couple on my lunch break. I hid how much I was drinking from my husband. I went to different liquor stores so the clerks wouldn’t know how much I was drinking. I’d fail to meet obligations like picking up my husband from work and make excuses like “I fell asleep” or “I can’t come into work because I have a migraine.” If I resolved to cut back, I would be back to my regular drinking levels in a matter of days. Multiple times I tried to just go one week without drinking and would only stay dry for three days. I stopped taking care of myself and my house. I did and said things that I don’t remember.

Naltrexone Made the Difference

Ever since I first started taking naltrexone I haven’t done any of those things. I’ve rarely had more than four drinks per session. I space my drinks out, having one per hour instead of four in less than 30 minutes. I haven’t drunk during the day and haven’t failed to meet an obligation due to drinking. After I had been taking naltrexone for about three months, I became mostly indifferent to alcohol, and I’ve only had one or two drinks per session since then. I’ve drunk two times in the past two months.

I haven’t taken a shot of alcohol in two months, which for a bartender who has the opportunity to do so is pretty far from my old normal. The one thing I do now is have low-volume days (1-3 drinks). I always forced at least one alcohol-free day even at the height of my drinking, but if I had one I was going to have at least 10.

Before, I would get completely drunk before eating breakfast, then eat bad food. Now I wake up, take the pill, and eat a decent breakfast while I wait for the pill to kick in.

I used to almost always keep drinking after coming home from the bar or restaurant. Now I never do. In fact, I often leave my last beer at the bar/restaurant unfinished.

I had a lot of stupid fights (verbal altercations) with my husband when I was drinking naltrexone. I don’t believe we’ve had any since I started. 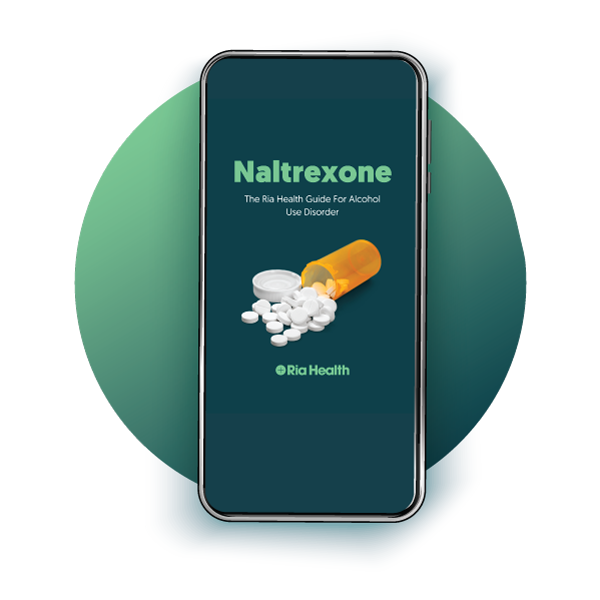 How Has Naltrexone Helped You Change Your Focus?

When I was drinking, the beer was the focus. Now I actually focus on my companions and our conversation, not the beer. I listen more. I’m able to be present because the beer isn’t constantly demanding my attention. It’s just sort of there in the background now.

My focus used to be only when I could drink again or how obvious it looked that I had drunk too much. Now I kayak, I do yoga, I enjoy nature! All alcohol-free!

I don’t homebrew anymore, but now I’m exercising for the first time in years. I’m already in the best shape I’ve been in in a decade, and I’m still getting fitter.

I have been a homemaker for four years, but since starting naltrexone, I have been maybe contemplating getting a job.

I Found Other Things To Do

Right after I got out of treatment, my wife and I went to Michael’s to get some stuff for an art project of hers. I was just wandering and stumbled upon all of the model cars and airplanes. I decided to try and build one of the model planes. My main reason for it was to cause my hands had always been so shaky and trembling as a drunk. Always! So since my tremors had pretty much gone away, I decided to try it, since it’s gluing and painting extremely small details. Now I’m obsessed with models—I’ve built tons of them. My favorite being the Discovery from 2001: A Space Odyssey. Over 700 pieces and 41” long. It’s massive and I was super anal about the details. Even wired it for lights and everything (something I had no idea how to do before). I try to only build the more difficult ones now. I take a lot of pride in them. It’s time-consuming and it’s very detail-oriented—something I never could have pulled off in active addiction.

Want to share your naltrexone experience? Feel free to comment below. And, as always, if you’re having a hard time managing your drinking, we’re here to help.

Medically reviewed by Dr. Paul R. Linde, MD
Dr. Paul R. Linde is a board certified psychiatrist with over 25 years in emergency psychiatric care and treatment of dual-diagnosis patients. He is a published author and researcher, Clinical Professor Emeritus in Psychiatry at UCSF School of Medicine, and Former Medical Director at the Stonewall Project. Dr. Linde is currently a clinical supervisor and psychiatric consultant for Ria Health’s medical and coaching teams.
Written By:

Evan O'Donnell
Evan O’Donnell is an NYC-based content strategist with four years’ experience writing and editing in the recovery space. He has conducted research in sound, cognition, and community building, has a background in independent music marketing, and continues to work as a composer. Evan is a deep believer in fact-based, empathic communication—within business, arts, academia, or any space where words drive action or change lives.
PrevPreviousAre You Drinking a Bottle of Wine a Day?
NextCan Menopause Cause Alcoholism? A Closer Look at Women and AlcoholNext