Treating Addiction With Psychedelics: Could It Help Cure Alcoholism?

With millions of Americans struggling with substance use disorders, there’s an ongoing, dire need for more effective treatment options. One possible cure that’s reemerging is one many people might not expect: psychedelics.

Psychedelics (drugs that cause hallucinations) were researched as a potential treatment for depression, anxiety, and substance use disorders until the 1970s, when research came to a screeching halt. But over the last two decades or so, interest has rekindled in the potential use of drugs like LSD, psilocybin, ibogaine, and ayahuasca to treat alcohol and substance use disorders.

There are, of course, concerns that these drugs are currently illegal and that, essentially, the use of one substance is being substituted for another. However, research shows that only a single dose of a psychedelic drug, administered in a controlled setting, may significantly reduce cravings and help people overcome addiction.

Below, we’ll look at some of the evidence around treating addiction with psychedelics, and whether these drugs have potential as safe alcohol treatment options.

Psychedelic drugs are chemical substances that can induce hallucinations by altering your perception of the world. These changes can cause you to see or hear things that do not exist. Psychedelics can also affect your thinking, sense of time, mood, and emotions.

Some well-known psychedelics under investigation as treatments for alcohol dependence include:

What Evidence Is There For Using Psychedelics To Treat Alcohol Dependence?

A growing body of evidence, including both animal and human studies, supports the use of psychedelics to treat alcohol and substance use disorders. However, researchers have been hampered by the fact that all four of these psychedelics are Schedule I drugs, the most tightly controlled drug category, due to their high risk for abuse and severe side effects.

Bill Wilson, the founder of Alcoholics Anonymous, personally used psychedelics to help him overcome alcohol dependence. Wilson believed that LSD gave him insight into why he was dependent on alcohol. He advocated for clinical trials, and several were started before the use of psychedelics in research came to a stop in 1970.

Over the past two decades, research on treating addiction with psychedelics has gradually been revived, and some of the evidence has been promising.

In 2012, researchers reviewed six randomized clinical trials that enrolled 536 people and followed them for three to twelve months. The experimental group received one dose of LSD in a medical setting along with therapy. Alcohol use was decreased at six months in the experimental group, though it returned to its previous level by 12 months.

In 2019, researchers surveyed 343 participants who had an average of seven years of alcohol misuse, with 72 percent retrospectively meeting the criteria for severe alcohol use disorder (AUD). After taking a moderate to high dose of either LSD or psilocybin, 83 percent of those previously diagnosed with AUD no longer met the criteria.

Participants felt that their experience using psychedelics was highly meaningful and insightful, and many felt it facilitated a reduction in alcohol misuse. However, because the study was retrospective and survey-based, a causal relationship between psychedelic use and decreased alcohol consumption could not be established.

Also in 2019, researchers at Yale University found that a single dose of psilocybin in mice caused a 10 percent increase in the number of connections between brain cells. Furthermore, these connections were larger and stronger than previous ones.

Chronic stress and depression have been shown to decrease these connections. This study shows the potential psilocybin has for treating depression—a common co-occurring disorder with alcohol addiction.

The efficacy of ibogaine in the treatment of substance use disorders has also been investigated. Two 2016 studies showed a significant reduction in opioid use among participants within a year of receiving ibogaine treatment. Both studies were small, however, and relied on self-reporting.

A 2014 retrospective analysis found that 75 participants who completed a combination of ibogaine therapy and psychotherapy had a 61 percent abstinence rate from alcohol, cannabis, cocaine, or crack.

In a 2011 study, adolescents from Brazil who used ayahuasca as part of religious ceremonies had less alcohol use in the preceding year than non-users. The differences between the two groups were notable but not statistically significant. Religious pressures to abstain from alcohol use could have also played a role(.

Animal studies involving mice showed that ayahuasca inhibited some of the early behaviors associated with alcohol dependence, and also limited the reinstatement of drinking behaviors. Further research in Brazil suggests that both urban and rural ayahuasca users aren’t more likely to abuse other drugs than non ayahuasca users—and they might actually be less likely to abuse alcohol.

Additional trials on both ibogaine and psilocybin to treat alcoholism are currently in progress.

How Do Psychedelics Affect the Brain?

The impact of psychedelics on the human brain is complex, but serotonin receptors appear to play a significant role.

In the aforementioned study on mice and ayahuasca, for example, researchers suspected that by affecting specific serotonin receptors in the brain, certain chemical components of ayahuasca were able to impact neural pathways linked to the development of alcohol dependence.

What Are the Drawbacks To Treating Addiction With Psychedelics?

Depending on the substance, there are some significant risks associated with psychedelics and addiction recovery.

LSD can cause traumatic experiences, commonly called “bad trips,” that can have long-lasting effects—including mood swings and even flashbacks.

Vomiting and diarrhea are common when taking ayahuasca, as are strong visual hallucinations, euphoria, fear, and paranoia. Overdoses of ayahuasca may cause coma or even death, although there are few reports of fatalities.

In large doses, ibogaine can also cause hallucinations, as well as agitation, muscle spasms and weakness, heart arrhythmias, seizures, and paralysis. High doses of ibogaine can be fatal.

Since the side effects of ibogaine can be deadly, some researchers have sought chemicals that have a similar impact on alcohol dependence without the risks. Savant HWP, a pharmaceutical company based in California, developed 18-MC, a drug that is chemically related to ibogaine. Mind Medicine Inc acquired 18-MC, and it is currently in clinical trials to determine its effectiveness for treating opioid use disorder.

Is It Safe To Treat Addiction With Psychedelics?

In a 2020 online survey, Johns Hopkins University researchers asked 444 respondents about their drug use before and after a psychedelic experience. Of these respondents, 96 percent met the criteria for a substance use disorder (SUD) before taking LSD or psilocybin, while only 27 percent met the criteria for SUD afterward. In addition, most of the people who completed the survey claimed that their reduction in substance use lasted over a year.

Serious side effects were rare, but included hallucinogen persisting perception disorder (HPPD) and persistent paranoia and hallucinations. Those who reported a decrease in cannabis use had the greatest incidence of adverse effects.

This survey highlights the need for more studies conducted in controlled research settings, enrolling individuals who have been medically screened.

Could These Drugs One Day Join the Ranks of Approved Medication To Treat Alcoholism?

Research so far suggests that psychedelic drugs have real potential to treat or even cure alcoholism. It may also be possible to apply this research in developing safer drugs that have fewer side effects.

At this point, self-medicating with psychedelic drugs is unsafe and illegal, and we cannot endorse it. Serious side effects can occur when taking psychedelics, and an individual’s reaction to these drugs is unpredictable.

However, given the renewed interest in this research, it is only a matter of time before the risks and benefits of these drugs are better understood. There may well come a time when some or all of these psychedelic drugs have some role in legal addiction treatment.

In the meantime, there are several legal, FDA approved medications that can have a real impact on alcohol cravings, including naltrexone and acamprosate. While underutilized, these medications are safe, and are proven by research to help people cut back or quit drinking alcohol.

Alternative treatments for addiction are advancing quickly. Ria Health is one company offering a science-based approach to alcohol treatment that gets real results—100 percent online. 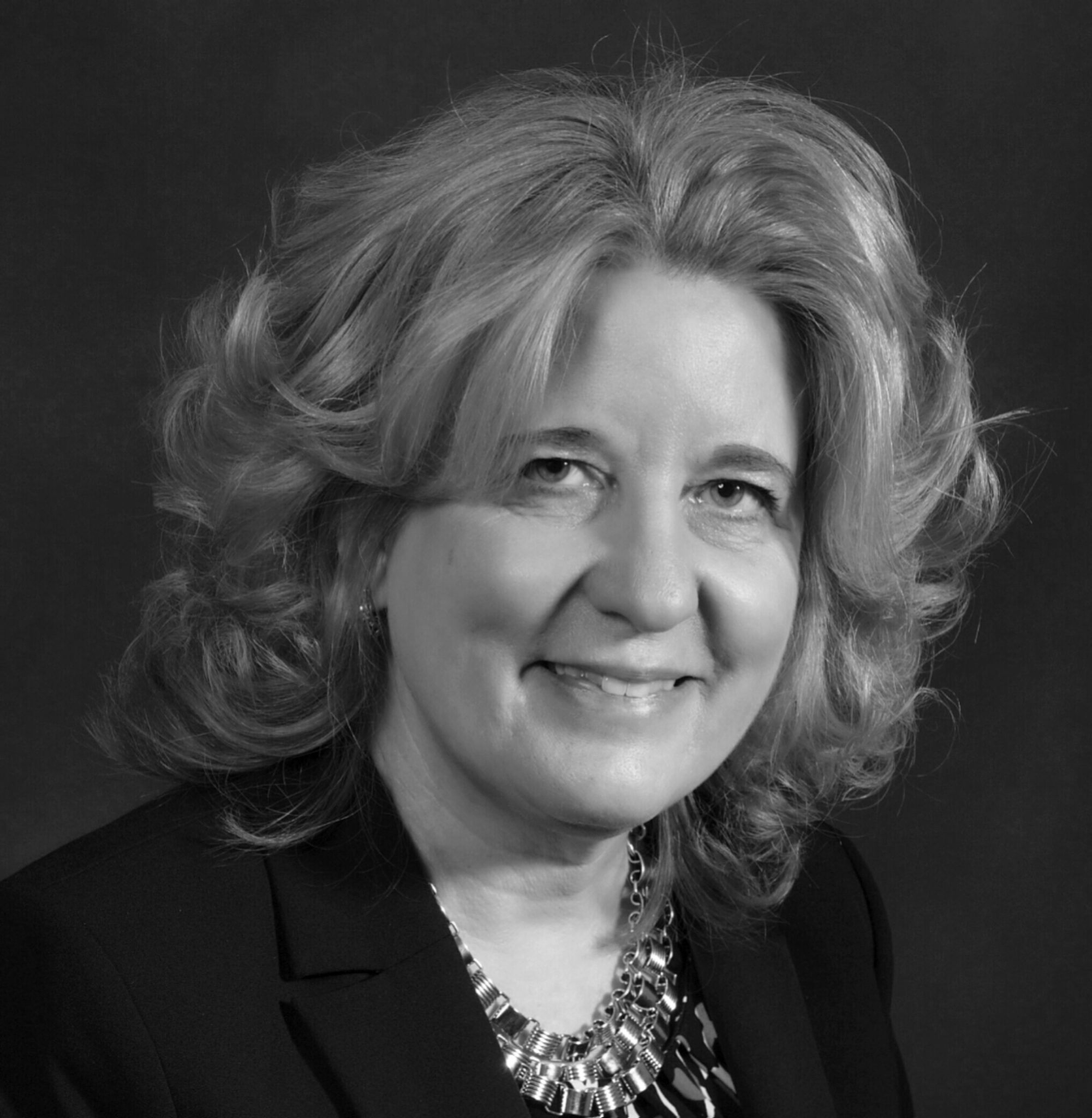 Evan O'Donnell
Evan O’Donnell is an NYC-based content strategist with four years’ experience writing and editing in the recovery space. He has conducted research in sound, cognition, and community building, has a background in independent music marketing, and continues to work as a composer. Evan is a deep believer in fact-based, empathic communication—within business, arts, academia, or any space where words drive action or change lives.
PrevPreviousCan You Drink Alcohol & Take Molly/Ecstasy (MDMA)?
NextWhat Happens If You Drink Alcohol and Take LSD?Next