Home » Blog » Why Words Matter: A Look at the Language of Recovery

Why Words Matter: A Look at the Language of Recovery 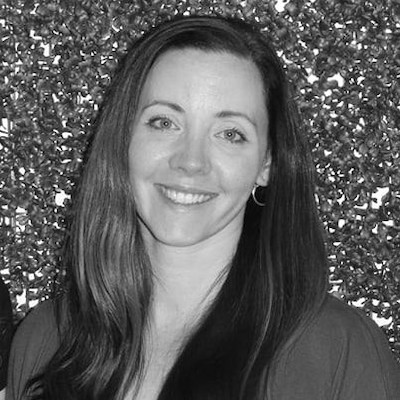 Have you ever wondered why we use the language we do to describe something? Some words we use for everyday items in the US are completely different elsewhere. Cookies are called “biscuits” in England for example, and ordering chips in the UK will get you a plate of french fries. When we use words, we don’t always know how they will be interpreted by the person who hears them. We have to be mindful of what we say to avoid causing confusion.

This is especially important when it comes to addiction and recovery, but the words we use in this context often don’t get enough consideration. Think about it: Would you criticize someone with cancer about how they address their illness? Would you give someone who has heart disease a derogatory nickname?

Dr. Maya Angelou was emphatic in her belief that words are things,1 and hold great importance in regards to how we feel—not just about the word itself, but about ourselves. In 1956, the American Medical Association determined that alcohol use disorder was a disease, and in 1987 “addiction” received the same recognition.2 So, why do people call those with alcohol use disorder or addiction issues harmful and hurtful names?

Remember the children’s rhyme, “Sticks and stones may break my bones but words/names will never hurt me”? Well, I am here to say that yes, words and names do hurt us. If someone calls a person a name or a particular word long enough, the person being subjected to name calling tends to believe it. The person may even begin to call themselves the name that they have been called.

Calling a person an alcoholic, a drunk, a boozer, or any of these negative terms for people with alcohol use disorder isn’t encouraging to that person’s situation. In fact, it tends to be harmful, as it takes away the identity of the person and reduces them to their struggle.

So, what are some better terms to use when discussing addiction or the people who are struggling with it? The Recovery Research Institute3 and SAMHSA4 both offer helpful resources for replacing stigmatizing language. But for a quick rundown, here’s an abbreviated “addictionary”—five terms to use, and five terms to avoid.

This is the official medical term for problems with alcohol use. Alcohol use disorder is a chronic, treatable illness, characterized by uncontrolled drinking and negative consequences from alcohol. It includes what is traditionally called “alcoholism,” as well as a broader range of problematic drinking behaviors. AUD exists on a spectrum, and can be mild, moderate, or severe.

This means describing someone as a “person with X disorder,” or a “person who does X”—literally putting the “person” first. This emphasizes that their disorder or their behaviors do not define them: they are human before they are anything else. This goes a long way to reducing stigma, and helps people see themselves as individuals who can change, instead of people who are doomed to their current condition. Ex: “Person with alcohol use disorder.”

Not everyone in recovery follows the same path or has the same needs. Harm reduction is exactly what it sounds like: Reducing the harm from substance use. For some, this might mean quitting completely—as Dr. Paul Linde puts it, “abstinence is a form of harm reduction.” But for others, harm reduction could mean cutting back, or consuming substances in less dangerous ways, thereby lowering the likelihood of severe consequences.

If addiction is a disease, beginning to use substances again is a “recurrence” of that disease, rather than a “relapse.” Recurrence implies that the illness has returned and requires treatment, while “relapse” implies that a person has “slipped up” and returned to “inappropriate” behavior, which sounds more judgmental. “Recurrence” involves less stigma, and implies that there is a solution.

While the term “sober” isn’t necessarily harmful to use, it only applies to people who have quit using substances completely, which isn’t everyone in recovery. In the case of alcohol, for example, some medication-based approaches can help a person relearn moderate drinking. This person could also be considered “in recovery” from alcohol use disorder, because they no longer exhibit the signs of addiction. The term “recovery” is therefore more inclusive.

Although widely used, the term “alcoholism” has no set definition, and can lead to confusion about who qualifies as an “alcoholic” and who doesn’t. It can also feel more judgmental. The term “alcohol use disorder” (AUD) is a clear medical diagnosis, with established methods of treatment. It encompasses all forms of problem drinking, including issues sometimes excluded from “alcoholism.” It is a clearer, more actionable way to describe the problem.

When speaking about anyone with a substance use disorder, it’s important to use person-first language. After all, a person is more than their diagnosis. The label “addict” can make them feel judged, or that their addiction is a permanent part of who they are. The same applies to the terms “alcoholic,” “drunk,” “abuser,” “user,” and any other name that makes a person’s addiction into their identity. Replace these with “person with a substance use disorder.”

These terms refer to actions that blunt the natural consequences of another person’s addiction, and reduce their motivation to get help. Applying the term “enabler” can make a relative, loved one, or caretaker feel like they are to blame for another person’s addiction, adding guilt to an already challenging situation. Rather than use this word, it’s best to try to identify specific actions or behaviors that could be worsening the issue, and address those directly.

This word, along with related terms like “lapse” and “slip,”  can imply moral failing, or over-emphasize the role of individual choice. While beginning to use substances again might involve a decision, strong cravings and brain chemistry are often involved, which is part of the disease of addiction. Calling it a “recurrence” or “reinstatement” of substance use disorder recognizes that the person is dealing with an illness, and needs care.

This term implies that a person who is actively using a substance is “dirty.” It can also place stigma on people taking a “harm reduction” approach, or people attempting to cut back rather than quit drinking. Instead, use the phrase “in recovery” to describe an individual who is in remission from substance use disorder, and “positive” or “negative” to describe drug test results.

I once heard someone say, “it’s not what you are called, but what you answer to.” Those words have always stuck with me, as I believe we all have the power to manifest our own destiny.

This article was written for every person who has been crushed under the weight of stigma, oppressive words, and language that limits them from being their true self. It was written to help people who struggle with substance use, their loved ones, community leaders, everyday citizens, as well as healthcare providers, to understand that words matter, because people matter.

Addiction is a widespread problem with many different solutions, but there is one thing we can do that helps everyone: Destigmatize those battling to gain control or end their use of substances.

Medically reviewed by Kerri J. Reyes, MPH, LCDC
Licensed Chemical Dependency Counselor, Master's of Social and Behavioral Public Health and Bachelor's in Sociology. United States Air Force veteran with a cumulative 18 years experience in the behavioral health and addiction treatment field. Skilled and experienced with motivational interviewing, harm reduction, MAT, and person-centered approaches. Passionate about meeting people 'where they are' via providing education, advocacy, autonomy, and a safe space for exploring the same.
Written By: 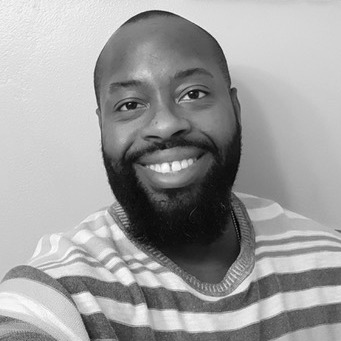 Evan O'Donnell
NYC-based content strategist with over 3 years editing and writing in the recovery space. Strong believer in accessible, empathic, and fact-based communication.
PrevPrevious7 Tips For a Fun Sober Halloween
NextWhy Medication and Counseling Work Best Together for AUDNext