How to avoid a vicious cycle

During any stressful time, it’s common to look for a way to ease the pressure. Whether it’s the fear and uncertainty of something like the COVID-19 pandemic, or the daily pressures of a difficult job, we all sometimes experience stress that feels hard to manage. Alcohol can feel like a good way to take the edge off and unwind.

Unfortunately, alcohol’s positive effects on stress are a bit of an illusion. Studies show that drinking can actually make it harder for your body to rebalance after a stressful event. Alcohol can also make you more susceptible to stress in the long term, while stress hormones can likewise make you more vulnerable to alcohol dependence.

So, if you’ve noticed yourself drinking more during a stressful period, you aren’t alone. But it’s important to stay aware of the connection between stress and alcohol use, and how it may be affecting you. Below, we’ll outline how alcohol and stress interact, alternative ways of dealing with stress, and some options to help you cut back if you feel that you’re drinking too much.

Stress is the body’s natural response to situations that appear dangerous or threatening.1 It can be caused by a variety of different life events, from the mundane to the catastrophic. The connecting factor is that the situation feels overwhelming, and may require some extra energy or effort to overcome. Here, our biology tries to help us out, by giving us that extra push. 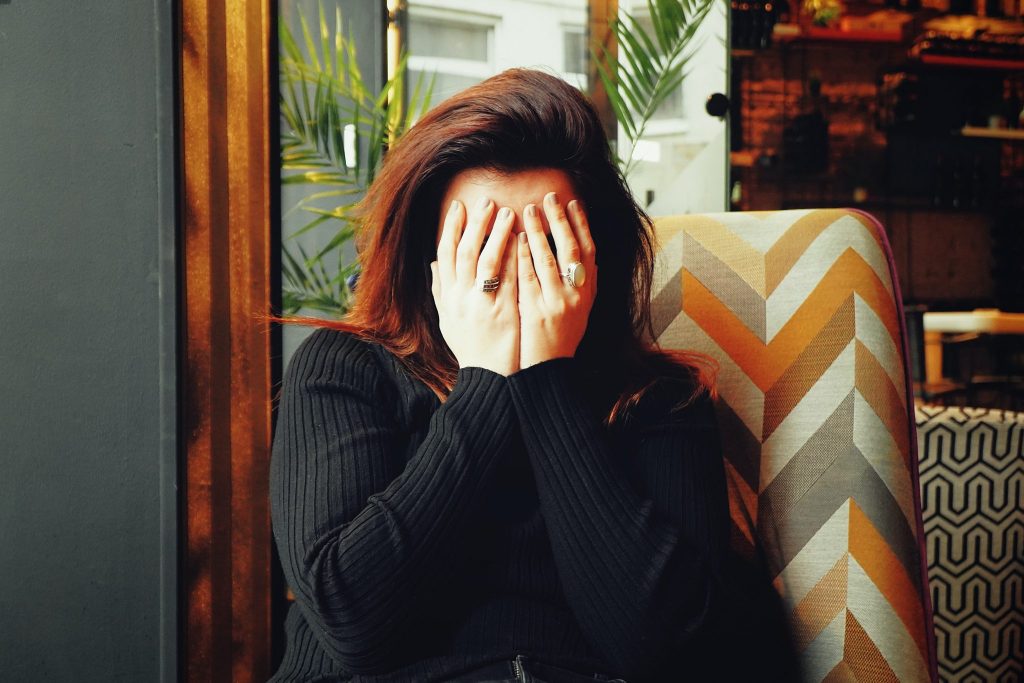 When confronted with a perceived threat, our whole system shifts into “fight-or-flight” mode. This involves a whole slew of brain chemicals and hormones that get us prepared, including one called cortisol. Cortisol helps our metabolism shift into high gear, increasing blood sugar levels and speeding up the conversion of fat and protein into energy. This gives us the burst of strength we need to overcome the challenge. When the threat passes, our systems should typically return to normal.

How long this lasts, however, varies based on an individual’s physical system, their psychology, the type and severity of the stress, and a wide array of other factors. In other words, like most aspects of the human body, stress is complicated. There are times when it saves our lives, and there are also times when it becomes chronic, or maladaptive.

Researchers have placed most forms of stress into four categories:

To this we should also add post-traumatic stress disorder (PTSD), which is particularly common in people returning from military service.

Each person reacts differently to these forms of stress. That said, each category has been linked to increased drinking, and in most cases, increased likelihood of alcohol use disorder (AUD).

Alcohol and Stress: Does It Help or Hurt?

Many people turn to alcohol to take the edge off of stress. But does alcohol relieve stress and anxiety? Or does alcohol increase stress? Although drinking may have a relaxing effect in the moment, it turns out to increase stress long-term. In fact, the more you drink, the more likely it is you’ll actually alter your system to be more sensitive to stress overall.

Does Alcohol Relax You?

Long-term, alcohol can make stress worse. But in the moment, drinking can relieve stress short-term. Alcohol causes the body to release endorphins, temporarily calming your nerves. This is why many people have a “nightcap” before bed. Drinking a glass of red wine or having a beer may reduce stress, and help you unwind after a hard day at work. And, in moderation, this may not cause you any significant problems.

There are risks, however. Drinking regularly for stress management has diminishing benefits: Tolerance can mute the positive effects, while habitual drinking can start to change your brain chemistry. This is why many people who drink to self-medicate anxiety and depression often wind up feeling worse. Drinking to “blow off steam” can also lead to regular binge drinking, which has its own severe impacts on a person’s health.

But how can a substance that seems to relax your body make you feel more stressed long-term?

How Can Alcohol Affect Your Nervous System?

Part of the issue lies with alcohol’s relationship to the stress hormone cortisol. While there is some evidence that alcohol can actually reduce your cortisol response in stressful situations, it also appears to make those stress responses last longer.3

Cortisol also appears to reduce people’s ability to experience pleasure, while biasing them towards habit-based learning.4 This means that if you are stressed-out, you may need to drink more to feel the same effect. It also means your brain is more susceptible to developing habits around drinking when you have elevated stress levels.

Next, there is the fact that drinking itself is stressful for the body. This can compound the stress you’re already experiencing, and make it harder for your body to return to baseline. Over time, this can force your body to choose a new, less functional “normal,” based on the effects of alcohol.

Not only can this make you more dependent on alcohol, it can also change how your body reacts to stress long-term. In a study comparing social drinkers and abstinent alcoholics, the abstinent former drinkers showed a more severe response to stress than their peers.5 In other words, heavy drinking had a lasting impact on their stress-related brain chemistry, even after they quit drinking.

Stress and Alcohol Use Disorder

Evidence supports some connection between stress and alcohol use disorder. As discussed above, most categories of stress, including general-life stress, childhood stress, and minority stress, are linked to increased AUD. This is particularly true for men: One study found men who experienced at least six stressful incidents were 2.5 times more likely to develop AUD vs women who had similar experiences.6

Research also shows people with a history of alcohol addiction are more likely to drink to cope with stressful events in the future.7 In fact, a common cause of relapse is drinking to deal with the stress of alcohol withdrawal itself.

Finally, there are the ways excessive drinking can make stressful events more likely to happen. Trouble with family, work, or the law can all be major stress triggers, and can all be caused by alcohol abuse.

In other words, drinking and stress can form a vicious cycle, each making the other worse. While each person is different, if you find yourself drinking more to cope with stress, it’s a good idea to cut back sooner rather than later.

How To Stop Stress Drinking

The above may seem dire, but like most things it’s a matter of balance. Moderate drinking is often safe, so long as you stay within healthy limits. The most important thing is developing stress management habits that support your overall well-being.

Here are some tips for how to cope and de-stress without alcohol:

If you’re looking for ways to keep stress levels under control without drinking during a trying period, these five strategies may help you manage:

Help for Stress and Alcohol Use

If you’re having a hard time controlling your alcohol consumption in stressful times, you’re not alone. Fortunately, there are many ways to find help—whether you’d like to quit, or simply cut back. These include smartphone apps that can help you control or quit drinking from home. Online meetings are also becoming more common—both secular and 12 step-based.

Finally, you can now access comprehensive alcohol rehab right from your smartphone. Ria Health’s telemedicine program offers prescription medications, regular coaching meetings, digital tools, and online support groups, all through a convenient app. If you’re looking for a way to manage stress-drinking without disrupting your daily life, get in touch with us below, or learn more about how it works. 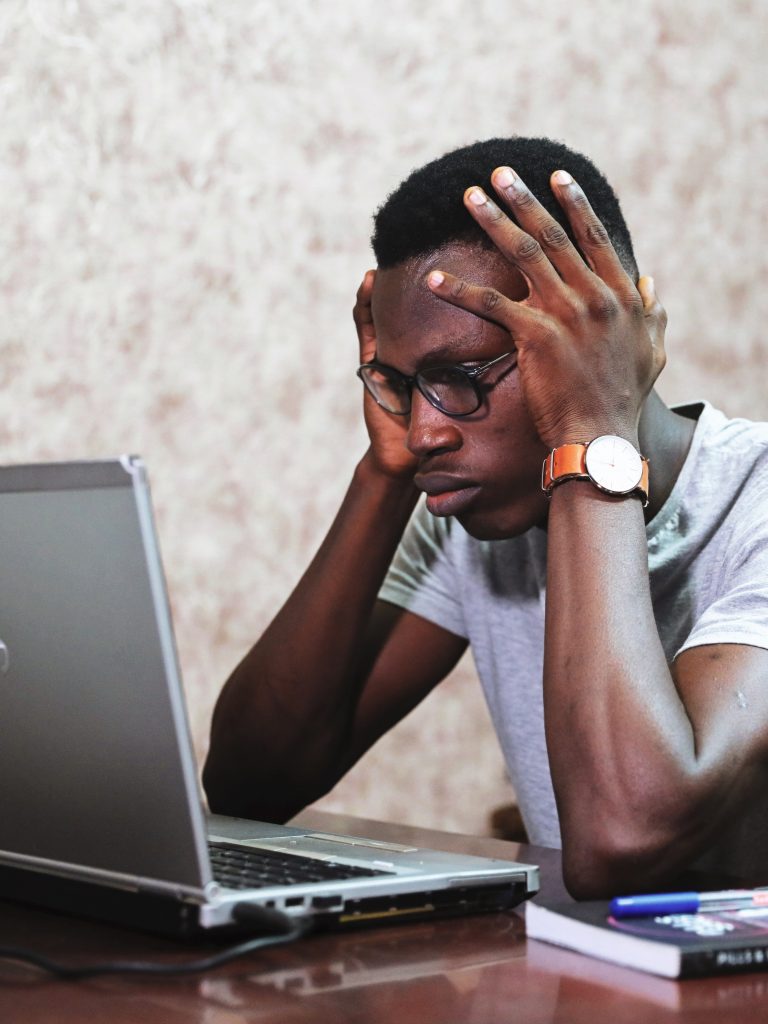