Shame can attach to the core of who we are. It is a common experience, but also a particularly painful one. Other feelings tend to come and go and can be processed more easily. Meanwhile, shame sticks around. It impacts all areas of life, steals joy, and complicates mental health.

Those with shame may also struggle with alcohol addiction. That’s because shame and addiction have a symbiotic relationship. Here’s a look at how shame can play a part in the development of addiction, and how addiction itself can make shame worse.

The Cycle of Shame

Consider this example of a shame cycle: Maria first experienced shame for things that happened in her childhood. None of the events were her fault, but as a child she was unable to understand that.

She was never able to process her feelings, so they continued through adulthood. Often she would experience shame and not even know why. She’d feel there was something wrong with her at her core—that she was a worthless person.

Maria found that alcohol temporarily relieved the difficult feelings, and over time she began to drink more often. Eventually, Maria’s drinking became problematic, and she felt more shame because of that. Now, she drinks not only to deal with her past, but with feelings about her addiction as well.

Because she’s not been able to effectively process her feelings, her shame is never resolved. This has made it all the more difficult to stop drinking. You might see how Maria’s cycle of shame and drinking could continue indefinitely, especially if she doesn’t find help.

Maria is far from alone, as this cycle fuels many addictions, and makes them more difficult to overcome.

When people experience a trauma, it’s common for them to blame themselves. This happens even in cases when it was clearly not their fault.

For example, survivors of childhood abuse frequently blame themselves for what happened. A child’s mind isn’t naturally able to process thoughts and feelings around abuse. Instead of understanding that someone else caused it, they often feel as if they must have done something wrong.

Over time, this confusion leads to shame. Not only does the child feel they did something wrong, they may feel as if there is something wrong with them as a person. Otherwise, why would they have been abused?

Sometimes the traumas are not so obvious. Many therapists refer to “big T” and “small t” traumas. A big T trauma might refer to something very noticeable, such as physical abuse in childhood. A small t trauma might be less obvious. For example, it could refer to feeling rejected by peers, or to having a parent that was frequently critical.

These ongoing “small t” traumas can contribute to shame as well. It can lead to adults feeling like they’ll never measure up, or that they don’t deserve for good things to happen to them.

New events in adulthood can also trigger feelings of shame. Accidents, abuse, sexual assault, traumatic loss of a loved one, and more could lead to unresolved feelings that turn into shame.

As many have experienced, adult traumas also have a way of triggering childhood issues.

Multiple studies have looked at the relationship between alcohol and shame. One group of researchers considered the existing research in this area. Their review of the research concluded the following:

Another study surveyed college students as well as a group of people in prison. In both cases, those who felt more shame were more likely to struggle with alcohol problems.

In addition to a direct link to alcohol misuse, shame often contributes to other mental health conditions. These can in turn lead to a higher risk of problems with alcohol.

For example, those with mental illnesses such as depression or post-traumatic stress disorder (PTSD) may be more likely to suffer from addiction issues. Shame plays a significant role in these conditions.

There can be a direct or indirect connection between addiction and a given mental health issue. One may contribute to the development of the other, or both may be complicating each other.

For example, PTSD could lead to alcohol misuse, and alcohol misuse could prevent recovery from PTSD. Shame could also be an underlying, driving factor for both issues.

Some may confuse shame with its related emotion, guilt. The two can seem similar, but therapists point to some key differences.

In studies on shame and addiction, guilt is often defined as event-based, while shame relates to how you feel about yourself. In other words, guilt is when you’ve done something you regret—particularly something that has hurt others—and you feel bad about it. Shame is when you believe that you, yourself, are somehow defective or intrinsically wrong.

In many situations, guilt can be a healthy response. Feeling guilt can motivate you to take responsibility for your mistakes, and to change your behavior in the future. It doesn’t necessarily involve a negative assessment of your inner self. Some studies even show that guilt, without shame, can make a person less likely to drink excessively.

Shame, on the other hand, is less about what we’ve done, and more about how we feel about our core selves. It can be described as a feeling that one is flawed, worthless, or unlovable. These perceptions tend to fester and worsen, rather than promote healing. This can lead to self-medicating behavior, including problem drinking.

Overcoming Guilt and Shame in Recovery

So, how do we deal with guilt and shame in treatment? As mentioned above, guilt is sometimes a helpful emotion on its own. Guilt offers a chance to identify problems, and correct mistakes when possible.

However, guilt can sometimes trigger underlying feelings of shame, and this can be tricky for people in recovery. Remembering mistakes you’ve made while drinking can motivate you to right those wrongs. But it can also bring up feelings of worthlessness, and trigger you to start drinking again.

Learning to separate and challenge these feelings of shame is therefore crucial to moving forward with your life, and establishing real change.

Start paying careful attention to the thoughts running through your head, and where they are directed. Thoughts like, “I’m a failure,” or “People will never accept me,” are about your core self. These are connected to shame.

Recognizing these thoughts, and making a list of the strongest, most persistent beliefs, will help you get started. A mindfulness practice can also help you maintain this awareness, and keep some separation from your inner dialogue.

If you feel you’re a failure, identify ways in which you’re not. Think of others who’ve struggled with addiction, or who’ve made mistakes. Can you feel compassion for them, and understand how they got there? Could the same be true for you?

Ask Others For Help

Sometimes it’s easier to accept others as they are than to accept ourselves. Talk to a trusted friend who tends to make you feel better about yourself, or seek the help of a professional. If you shared your feelings of shame with one of these people, what might they say?

How Treatment Helps with Shame

If you’re struggling with shame, know that you’re in good company. Many people who seek help for alcohol misuse and other addictions begin with similar feelings. Understand that challenging these feelings is an important step in breaking the cycle that supports alcohol addiction.

In treatment, individuals can begin, or continue to heal these core feelings of shame. Techniques like cognitive behavioral therapy can help you identify specific thoughts and beliefs that are contributing to shame.

For example, a woman may feel shame for being assaulted. This is due both to natural reactions after a trauma, and to societal stigmas that blame a victim. Through challenging the thoughts she has about the assault, she can begin to realize how she’s incorrectly blaming herself.

In another case, a man may have been laid off from his job during a recession. He may feel shame due to society’s pressure on men to make more money. This event may also trigger feelings from his childhood of never being good enough for his parents.

Through healing these beliefs from his childhood, he can begin to understand that these expectations are unrealistic. Even if he’d been the perfect child, he likely would have been treated the same way. And many good people have been laid off or fired in their lives. These were events out of his control, rather than things he caused or deserved.

Simply understanding the facts about a situation can relieve shame. This can make it easier to deal with other feelings, and decrease the need for drugs and alcohol to manage them.

While it’s easier to see flawed thinking in others, it can be much harder to see it in ourselves. That’s where having outside guidance and help can shed more light on areas of shame that may be influencing patterns of addiction.

If you are suffering from shame, it may have been difficult just to get through this article. Many people have started from this tough place when beginning treatment. However, people can and do get better. Online programs like Ria Health are one way to get holistic help alcohol dependence—including regular coaching sessions to help you identify thought patterns that reinforce addiction.

Get in touch with a member of our team today, or learn more about how it works. 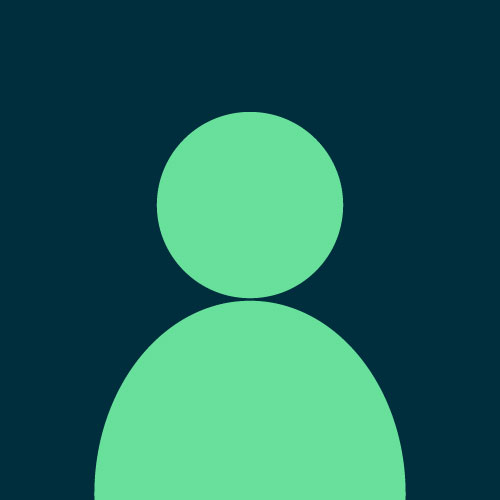 Evan O'Donnell
Evan O’Donnell is an NYC-based content strategist with four years’ experience writing and editing in the recovery space. He has conducted research in sound, cognition, and community building, has a background in independent music marketing, and continues to work as a composer. Evan is a deep believer in fact-based, empathic communication—within business, arts, academia, or any space where words drive action or change lives.
PrevPrevious7 Sober Valentine’s Day Date Ideas
NextHow Does Alcohol Affect Your Sex Life?Next